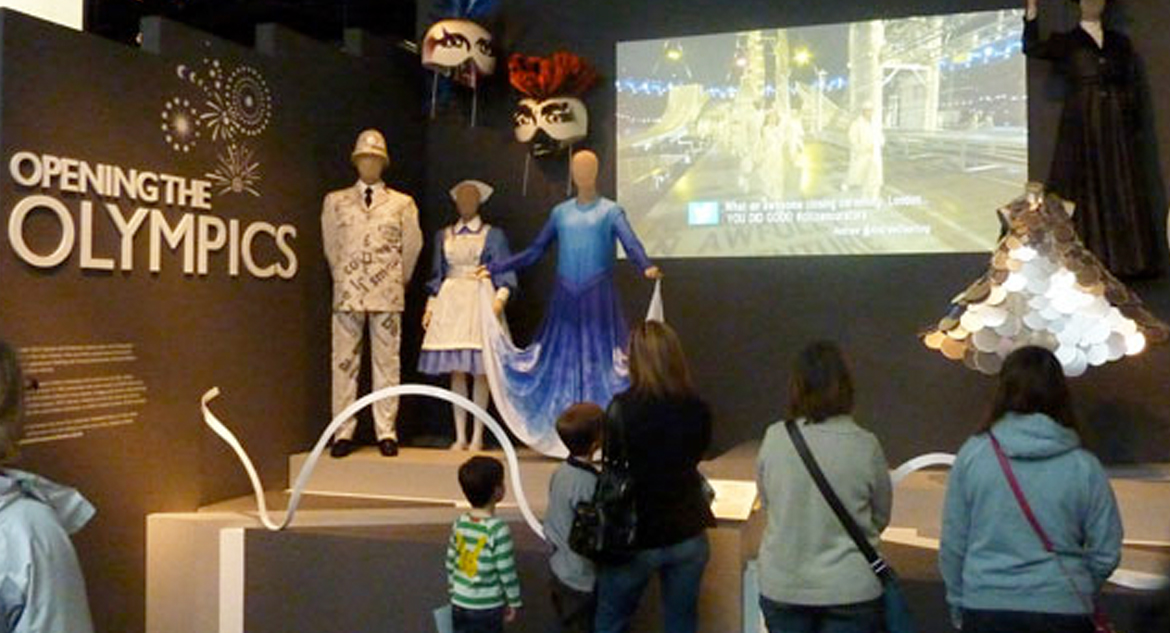 The Museum of London has been able to secure the loan of some costumes and a license to use excerpts of the film footage from the opening and closing ceremonies of the London 2012 Olympics – although there were extremely strict constraints placed upon the amount of footage that could be screened!!!

The idea was twofold, first to try and recreate some of the atmosphere of the 2012 Olympics and secondly to evoke personal memories using tweets from #citzencurators – collated comments about the events throughout the ceremonies and 2 weeks of games.

The tweets were carefully selected and are shown on-screen at the exact moment in time relating to the specific minute at which the tweets were actually sent.

The museum were particularly concerned to create a contemporary look to the transitions between scenes and to make sure that the soundtrack to the event did not lose its relevance, so during the editing process we were very careful to ensure that the vision and sound carried their original impact.

With this combination of pictures and sound carefully edited to show off the event and its costumes, and the tweets animating across the scene, a real sense of the event has been recreated.